President Dwight D. Eisenhower didn't start playing golf until he was in his 30s, but he fell hard for the game. During his eight years in office he played more than 800 rounds. Over his lifetime Ike's handicap very between 14 and 18, and he broke 80 on a handful of occasions. When it came to equipment, the President was a Spalding man, in deference to his good friend Bobby Jones, says Art Kennel, a former superintendent of Gettysburg (Pa.) Country Club, where Ike was a member. Kennel became Ike's personal Gettysburg caddie from 1955 to '66. Upon his death in 1969 Eisenhower left two sets of clubs to Kennel. The set pictured below dates from the '50s and is one that Kennel gifted Ike's golf buddy Arnold Palmer, who loaned the clubs to the World Golf Hall of Fame.

DRIVER: Spalding Model 15. According to Kennell, when Ike was in his prime, he could hit his driver 250 to 260 yards. FAIRWAY WOODS: Spalding Model 15. "Ike liked all of the fairway woods," Kennell says. "But the 4-wood was his favorite club. A lot of times he teed off with it."

IRONS: Spalding Robt. T. Jones Executive. Ike would carry as many as 18 clubs, as long as they said BOBBY JONES. "Once, a new set came," Kennell says. "I said, 'Ike, these don't say BOBBY JONES on 'em.' He said, 'Pet 'em back then. I'll play with the old ones.'" 10-IRON: Ike's 10-iron was the equivalent of a pitching wedge. His clubs always had GENERAL IKE or five stars or both engraved on them.

PUTTER: "That putter was a 'personal' gift from Arnold," Kennell says, "but the Bulls Eye was Ike's favorite."

BALLS:Spalding Dot. In 1968 at El Dorado Country club in Palm Desert, Calif., Ike accomplished a longtime dream—a hole in one. He sent the ball to Spalding president Edwin Parker as a thank you.

HEAD COVERS: "When Ike went to Augusta after Arnold's Masters win in 1960," Kennell says, "they gave him head covers with the club's logo and his name on them."

GLOVE:Ike wore a red glove to match his unbrella.

GAUZE: "Ike had very big hands," says Kennell, "and he used tape to build up his grips."

CART: "When he was in office, Ike used a motorized cart to play fast, in two or three hours. But later he usually walked. Still, he always had a cart that he would let guests or Secret Service agents ride in.

Introducing Our New Line of Gauztex!

Introducing Our New Line of Gauztex! 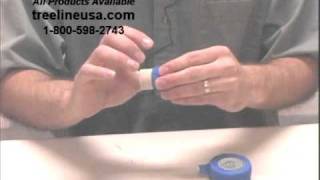 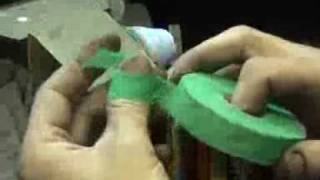 How to Protect Jewelers Fingers at the Bench (Video)

Getting Deep Into Golf Grips